Founded in 1998, our office concentrates on defending California employers in workers' compensation and related labor law matters. Located in Century City, California, we provide legal services to major corporations and other clients headquartered throughout the United States. We are proud of having distinguished our firm by working with our clients to assist in implementing safety prevention measures, investigating industrial injury and discrimination claims, reviewing medical protocol, and reviewing Return to Work policies. We emphasize an integrated approach to resolving industrial injury claims by requesting that employers and insurance carriers actively participate in the defense of claims, in an effort to reduce overall costs.

Our practice provides detailed and thorough representation regarding all aspects of industrial injury claims, from investigation to Trial. Our representation covers claims of orthopedic and psychiatric injuries, chemical and toxic exposure, discrimination actions under Labor Code Section 132a, as well as allegations of Serious and Willful violations. A staple of our practice is to apply civil litigation skills in the workers' compensation arena. Thus our Attorneys are trained to have a comprehensive understanding of California labor, litigation and other laws and regulations applicable to our business. We are solely dedicated to representing the employer side of workers' compensation matters. We actively track legislation pending before the California State Assembly and before the federal government. We issue periodic legislative updates to our clients, and our Attorneys are available to present seminars on workers' compensation and legislative issues. 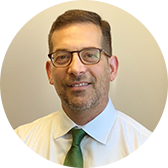 Mr. Sion is a native of Providence, R.I., and is a past member of the Rhode Island State and District of Columbia Bar Associations. Mr. Sion joined the California Bar in 1991, and has practiced law in California since that time.

Mr. Sion studied at Providence College, the University of Fribourg (Switzerland) and New England School of Law. In Rhode Island, he worked in both civil litigation and workers’ compensation.

Prior to founding his own business in 1998, Mr. Sion was an Associate respectively at the law firms of Gilbert, Kelly, Crawley & Jennett, and Seyfarth, Shaw, Fairweather & Geraldson.

In addition to his practice, Mr. Sion actively pursues legislative advocacy on behalf of employers, and was thrice elected to annual terms as Chair of the Legislative Affairs Committee on the Board of Directors of the Professionals In Human Resources Association (PIHRA). 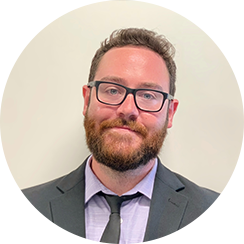 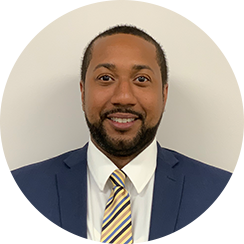 Daniel D. Davis joined Sion & Associates in October 2017. Daniel received his Juris Doctor Degree from Southwestern Law School in Los Angeles, CA where he also served as President of the Law Student Association. He graduated with Honors from Georgia State University in Atlanta, Georgia where he received a B.A. in Political Science. Prior to joining Sion & Associates, Mr. Davis worked at an employment litigation firm where he assisted in all aspects of employment litigation cases from discovery to trial. Mr. Davis now enjoys devoting his time and efforts to the representation of employers in defending their claims in the field of workers’ compensation. 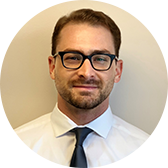 Phil Billow received his Juris Doctor degree from the University of Wisconsin Law School in Madison, Wisconsin with a distinction in Appellate Advocacy. He received his B.A. in Political Science from The Ohio State University. Prior to practicing employment defense at Sion & Associates, Mr. Billow worked for the City Attorney’s Office of San Francisco in their general litigation practice. Throughout law school, he gained practical litigation experience as a student attorney in consumer protection cases, winning cases for victims of harassment at the state and appellate level. 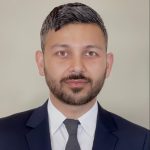 Ram Sarbaz earned his Juris Doctor Degree through a full-ride scholarship at Southwestern Law School, during which he was a law clerk at the Federal District Court for the Central District of California. He graduated with a B.B.A. in Business Entrepreneurship from Loyola Marymount University. Prior to joining Sion & Associates, Ram worked as an in-house corporate counsel at a large real estate and hospitality company where he handled legal matters related to insurance claims, real estate, and securities transactions. 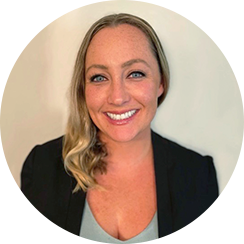 Rhiannon Hunsberger earned her Juris Doctor through Southwestern Law School’s accelerated two-year program in 2017 and was admitted to the California Bar in 2018. Prior to joining the Sion team, Ms. Hunsberger served as a Sergeant in the California Army National Guard Judge Advocate General's Corps for 13 years. Currently, she is a Loyola Law School Master of Laws candidate. 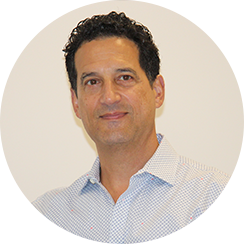 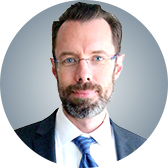 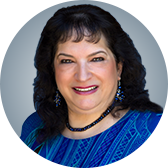 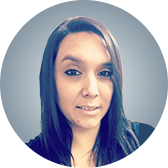 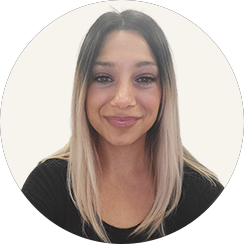 If you are interested in joining our team, please send a cover letter and resume to info@sionlaw.com


An Employer's Guide to Return to Work Issues in California


Reform of the Reform Legislation: A Discussion of Senate Bill 863


*Copies of Firm Employer Guides & Presentations can be sent on demand.

Contact us today at info@sionlaw.com
or use the form below. 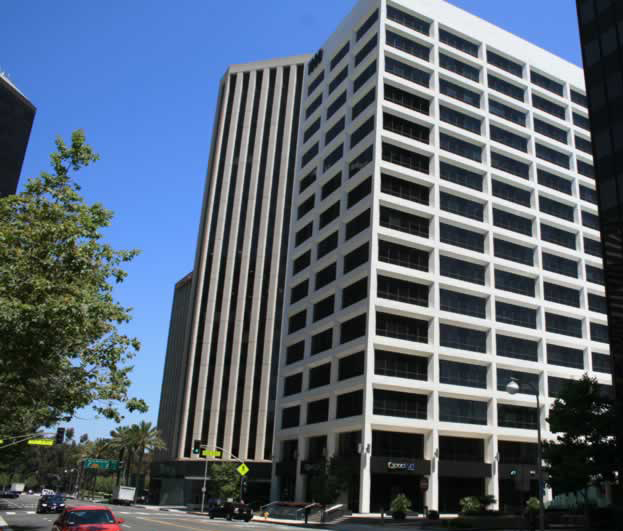 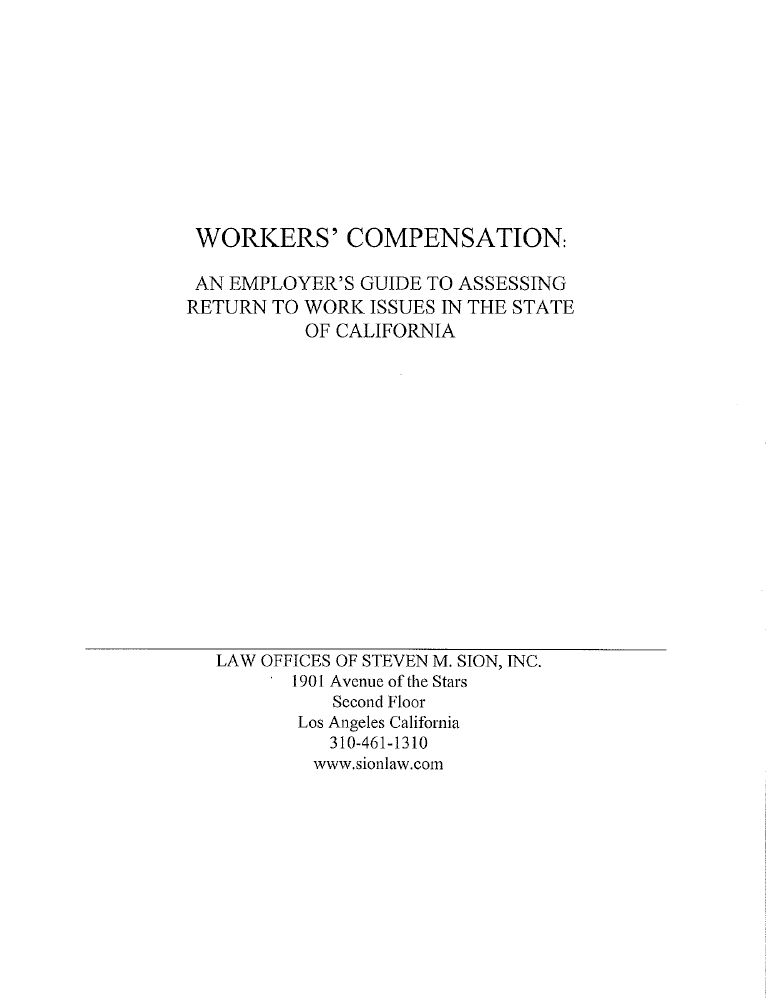 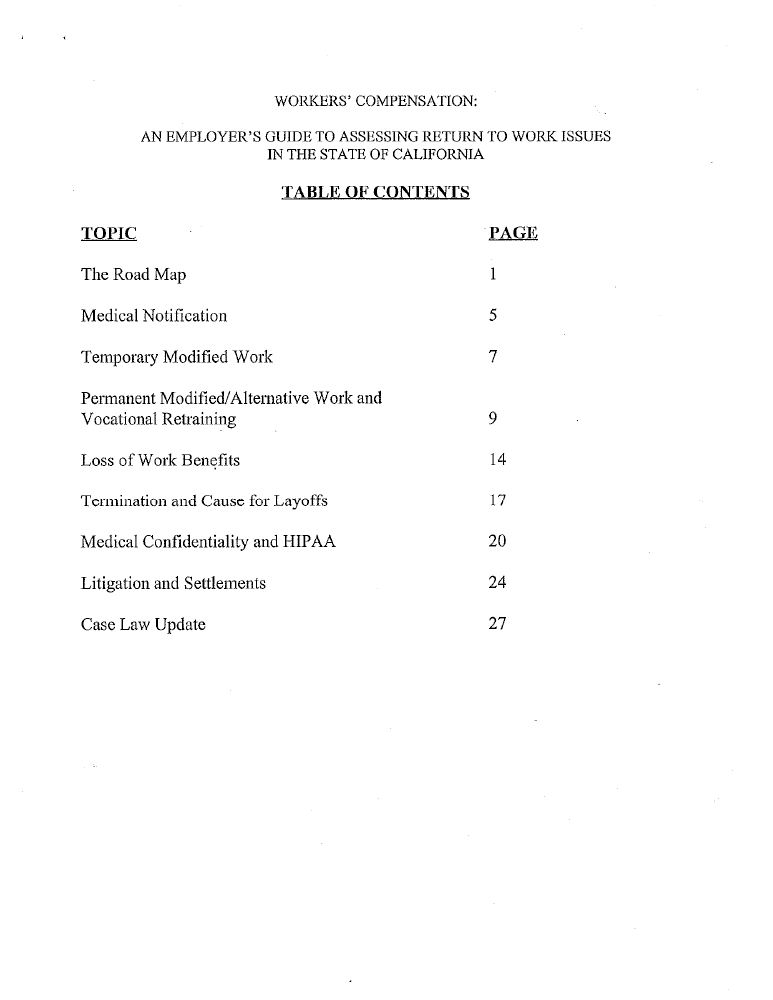 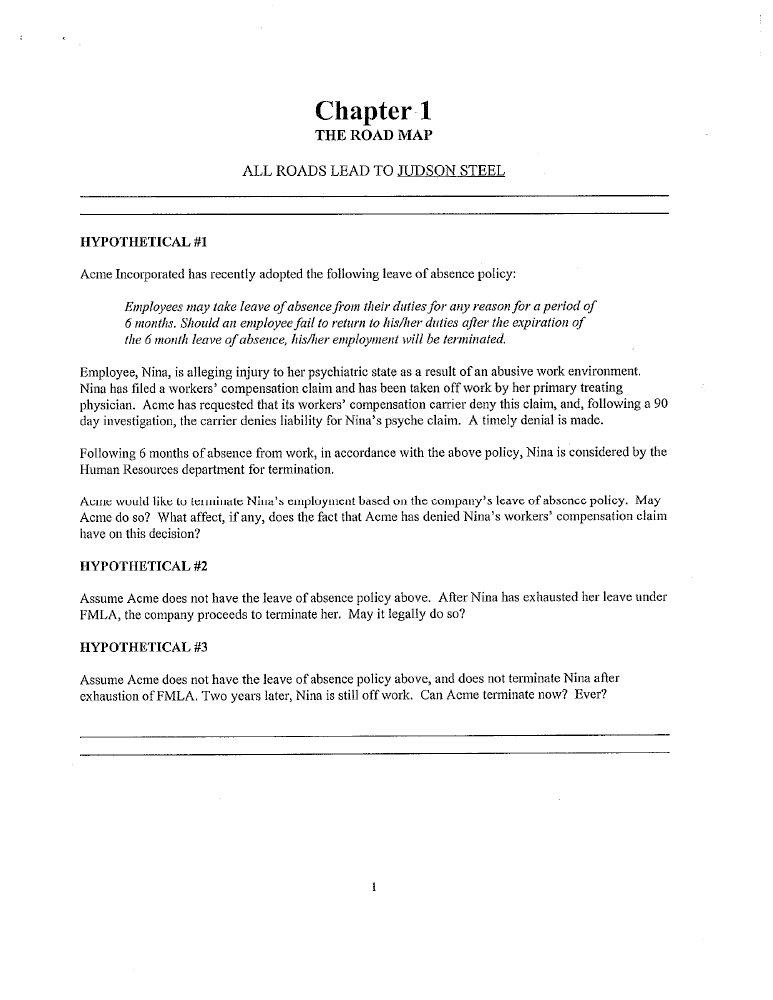 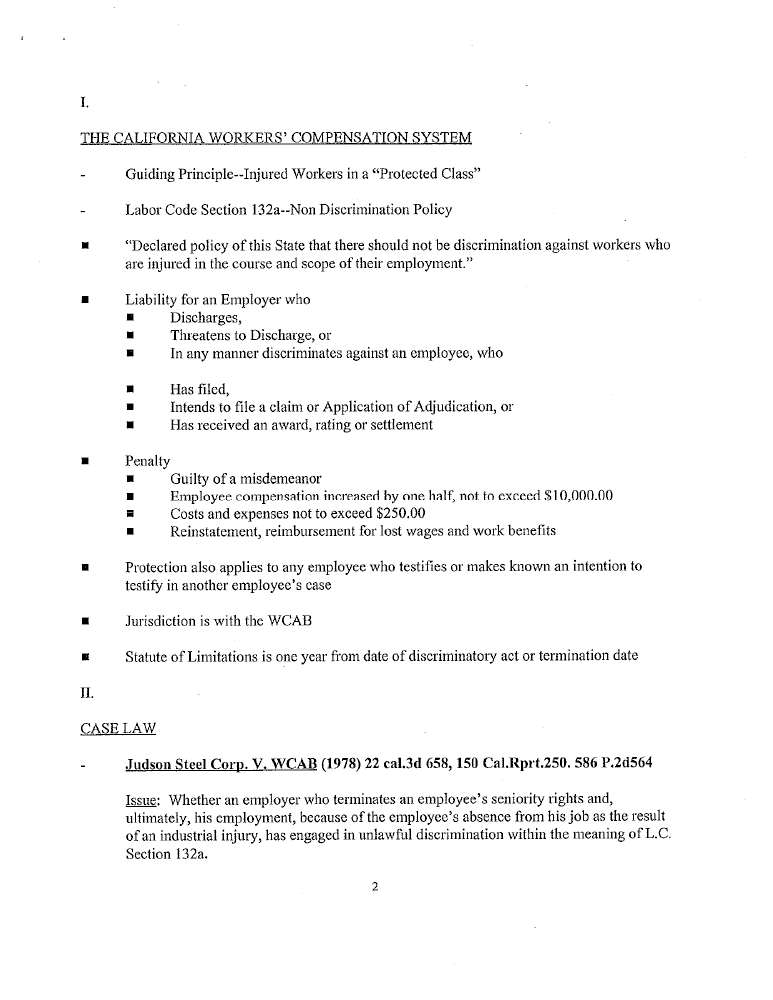 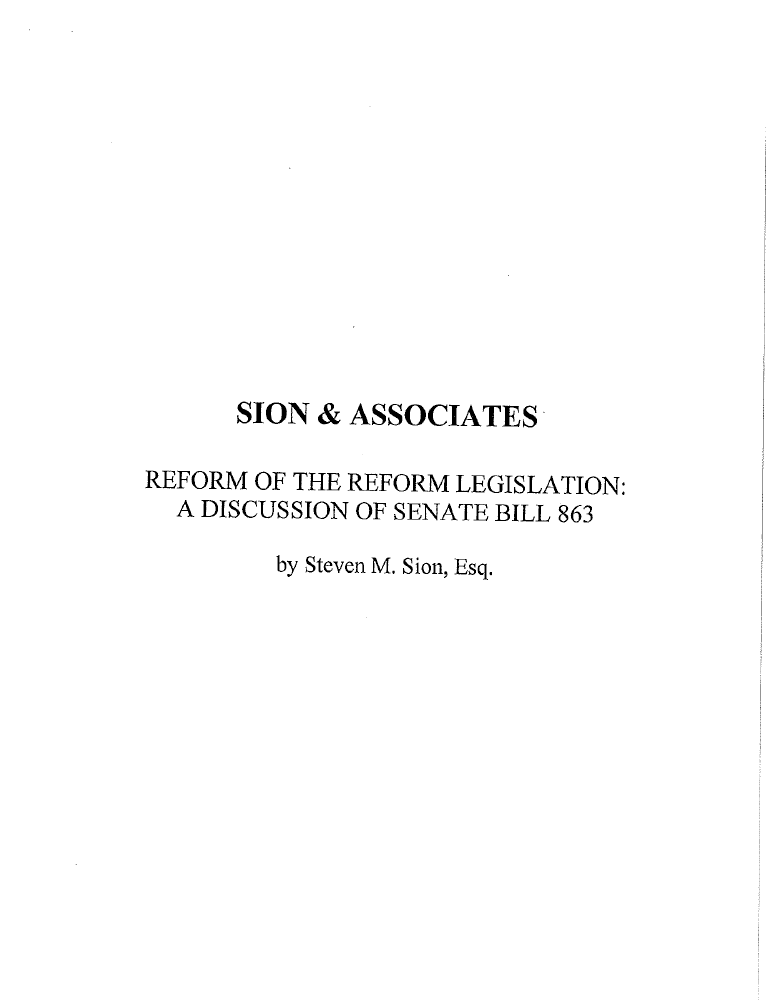 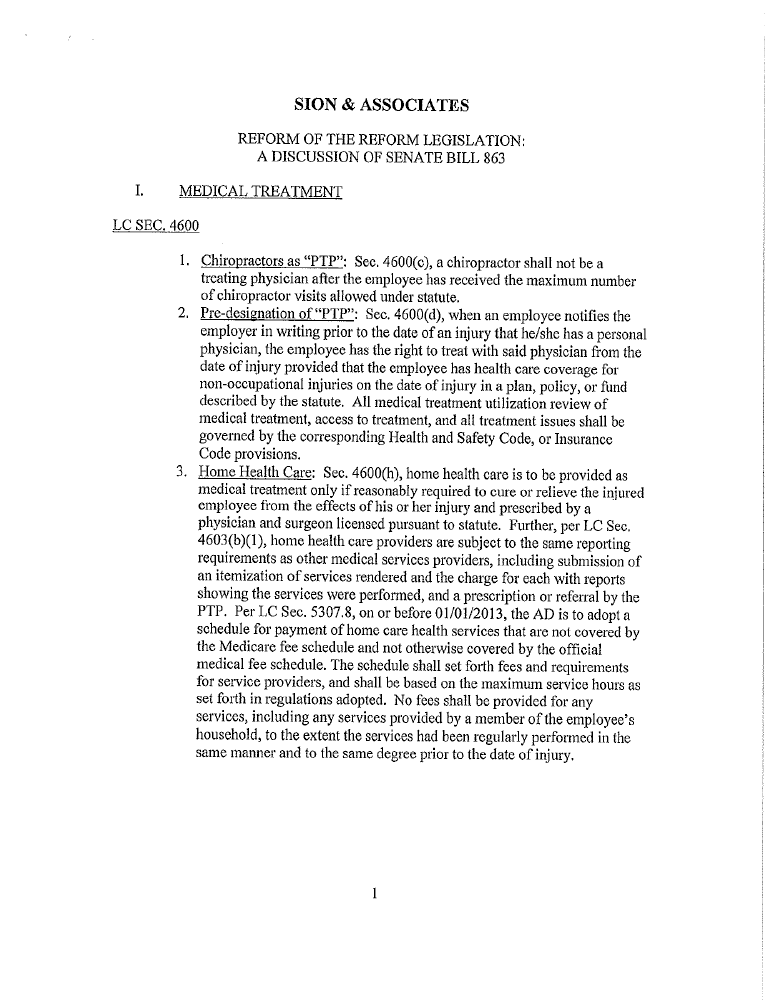 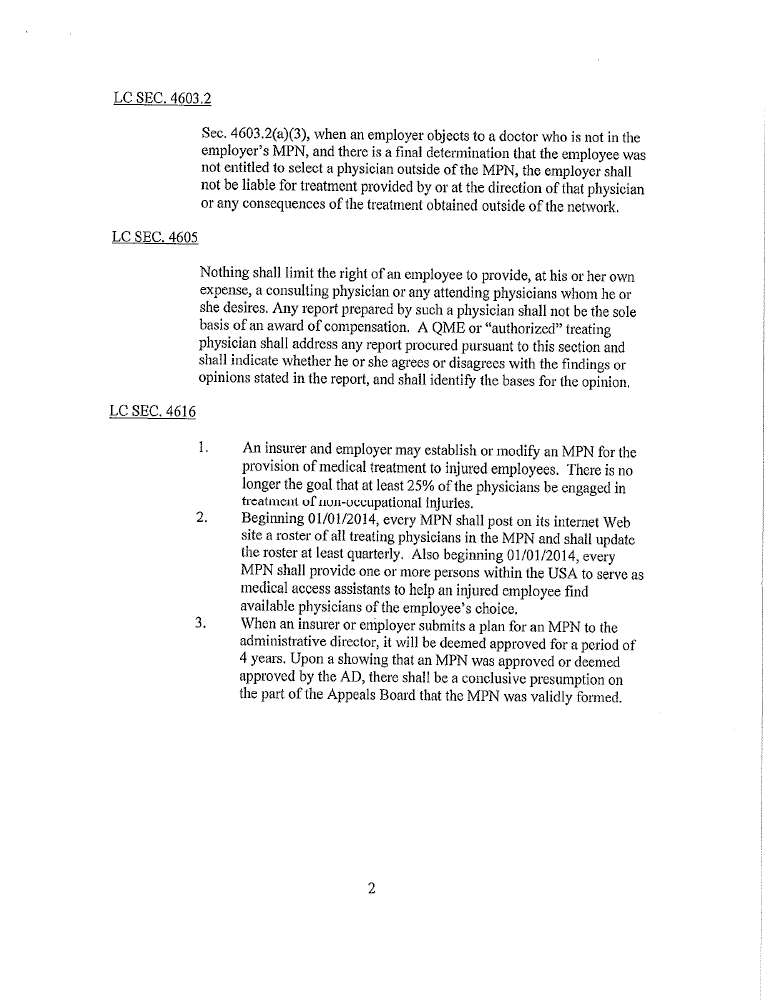 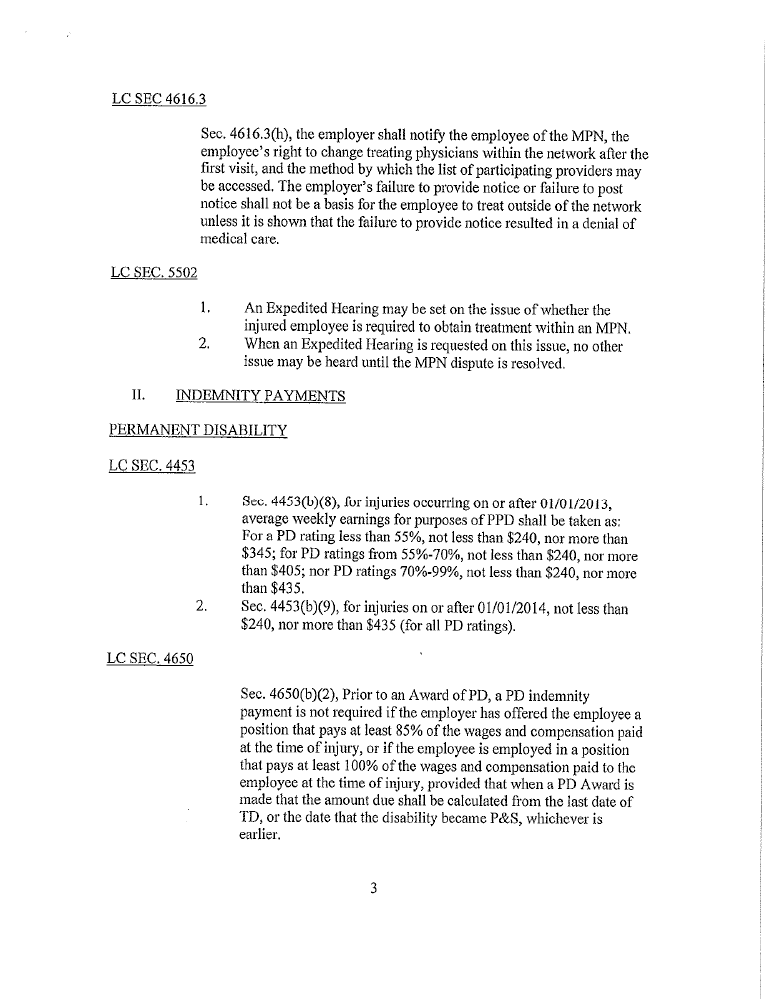